How Togo, one of West Africa’s smallest countries, became the region’s trade hub

As soon as you leave Aflao, Ghana, you arrive in Lomé, Togo, Africa’s only capital city sitting on a land border. Motorcycles zip by, their passengers hurrying home to Ghana after a day’s trading in the market. On a side street, money changers have set up shop, trading CFA francs, cedis, naira, dollars, and euros.

The border opens up on Boulevard de Mono, Lomé’s coastal road. Home to the city’s major landmarks, the palm-lined road is an open-air museum. Colonial buildings from the German and French protectorates are a stone’s throw from Togo’s first National Assembly, its white exterior gleaming in the sun.

Asigamé, Togo’s oldest market, sits at the midway point of Boulevard de Mono. Stretching over two blocks, Asigamé is a collection of narrow streets packed with traders, hawkers, and porters who come from all over West Africa.

Further down the boulevard, a line of trucks carrying 20-foot and 40-foot containers wait to get into Lomé port, which sprawls across the eastern part of the city. The port head office flaunts the slogan, “Perle de l’Afrique” (Pearl of Africa), a nod to its vital role in the Togolese economy and the broader West Africa region.

After passing the port, the Boulevard de Mono turns into the N2 highway. The outer city limits are marked with signs pointing to Benin Republic. Within just a 20-minute drive, Lomé is already in the rearview mirror.

After The Gambia and Guinea Bissau, Togo is West Africa’s third smallest country by landmass. Shaped like a needle, Togo only has 55 km of coastline yet 1,700 km of land borders. It is flanked by much larger neighbors: Ghana to the west, Benin to the east, and Burkina Faso to the north.

A motorcycle courier transports a parcel from Lagos, Nigeria.

In the constraint of its borders, Togo found an opportunity. Togo became a transit country - a trade entrepôt. With its small size, Togo could play off currency differentials, tax, and duty regimes to attract trade. Like any place rooted in arbitrage, it indirectly benefits from its neighbors’ woes, whether political instability, trade bans, or congested port infrastructure.

Togo capitalized on its small size to turn into West Africa’s largest trade hub. Today, Lomé port is West Africa’s busiest port. It is the vital node connecting the region to global markets. How did a small country like Togo turn into a trade powerhouse, exerting a significant influence on the region?

A little-known fact, Togo is the only African country to have been colonized by three European powers: Germany, Britain, and France. Of the three, Germany’s 30-year presence in Togo is less known. However, it wielded an enormous influence on Togo, as it played a critical role in deciding the country’s borders. These borders laid the foundation for the country to emerge as a trade hub.

Contrary to popular belief, the Germans did not create borders out of thin air. They partly drew borders based on existing patterns that shaped how local people lived and traded with one another.

Built in 1905, the Lomé wharf fell into disuse after the deep-water port was dredged in the 1960s.

Centuries before European traders arrived in West Africa, Togo was a crossroads due to its geographical position. Situated on the Bight of Benin, a 640 km stretch on the Gulf of Guinea, Togo was smack dab between larger and more influential kingdoms, like the Akan of Ghana and Yoruba of Nigeria.
‍
These coastal peoples, which included the Ewes of southern Togo; the Fon of Benin; the Akan, Fante, and Ga-Adangbe of Ghana; and the Yoruba of Nigeria, had many ties due to war, trade, and migrations. This sparked a cross-pollination of religion and culture among the Ewe, Akan, and Yoruba. 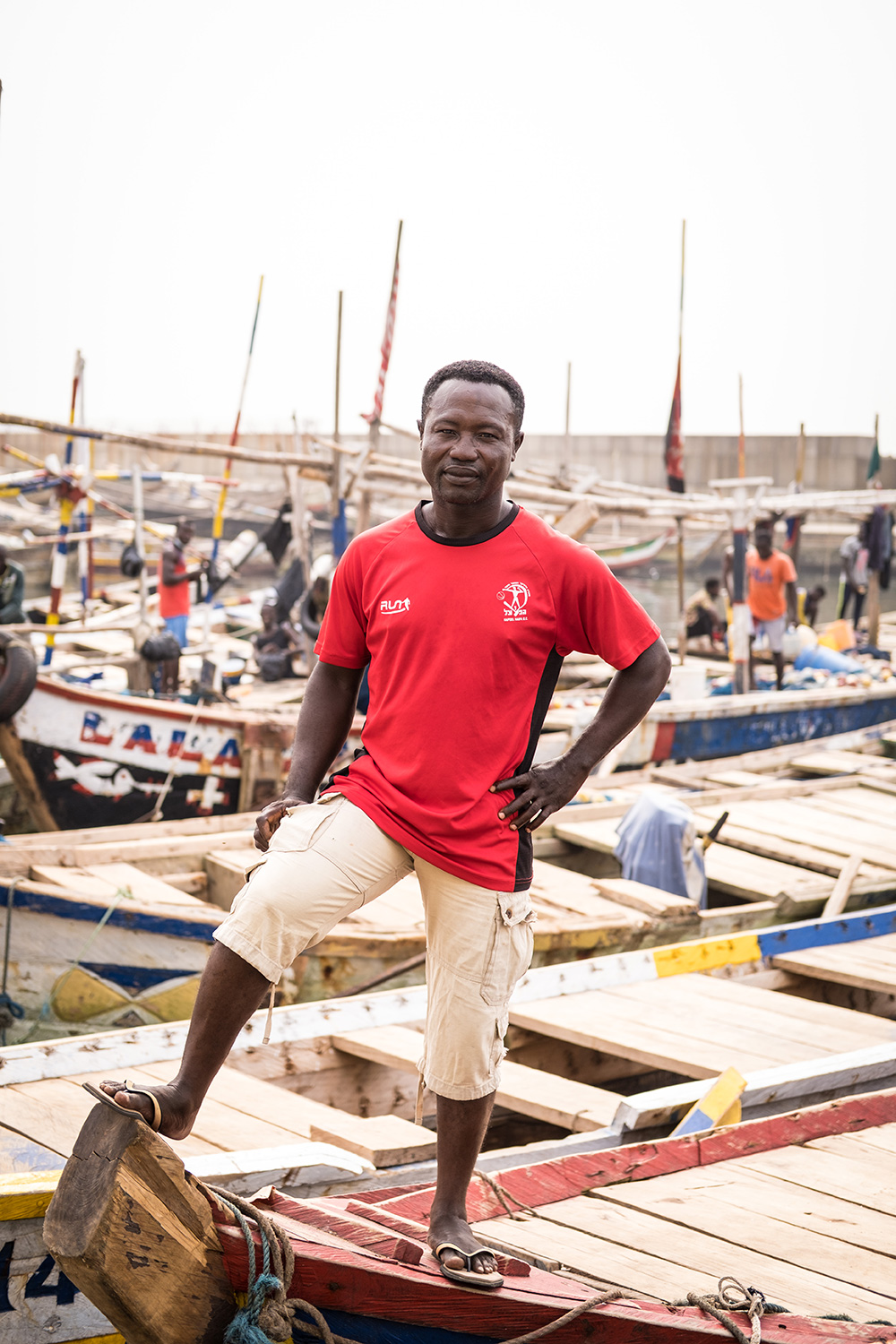 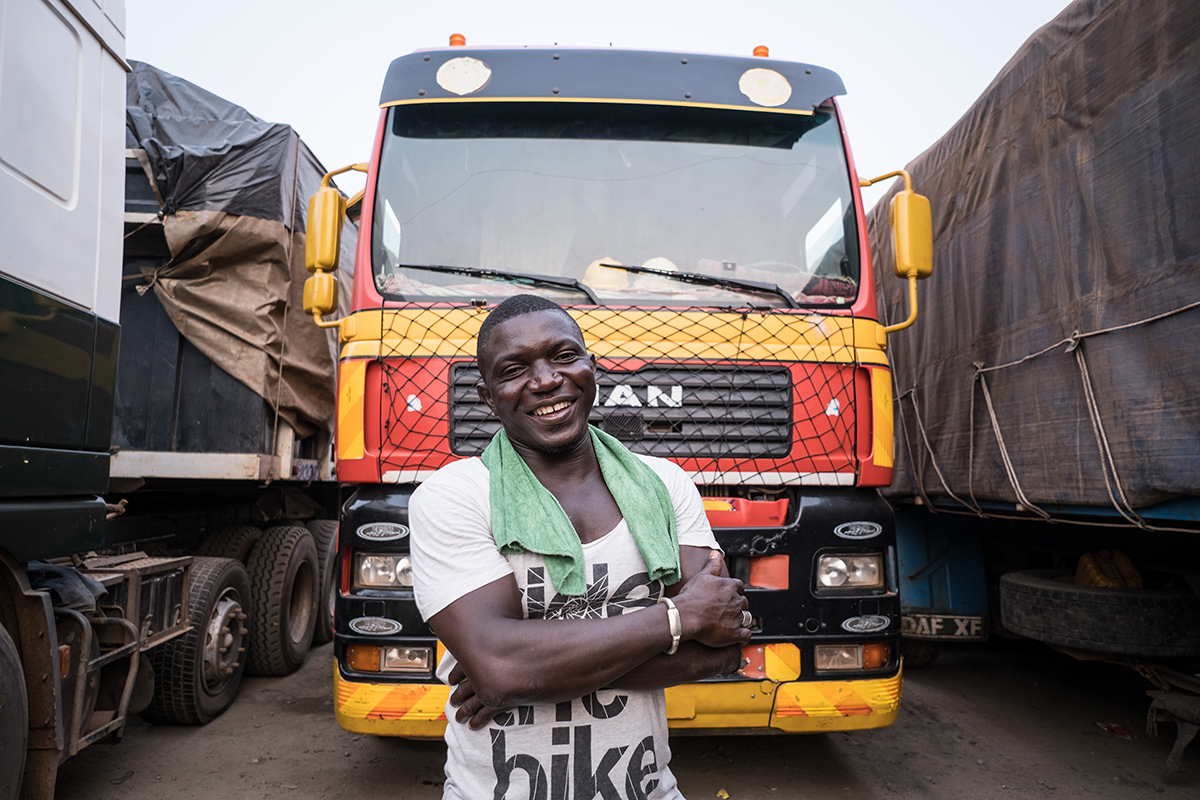 Although Togo has long roots of trade and relationships with different peoples of West Africa, its status as a trading entrepôt traces back to the origins of its modern borders. This period started with the arrival of the Germans who colonized Togo.

In the 1880s, German traders set up a trading base in modern-day Aneho, Togo, to buy palm oil supplies. They were constantly looking over their shoulders. Competition among European traders — and the state powers who would later back them — in West Africa was heating up.

The German traders feared the English, in the Gold Coast (Ghana) and Lagos, would pounce on their sliver of land on the Gulf of Guinea. They did not want to risk being pushed out. 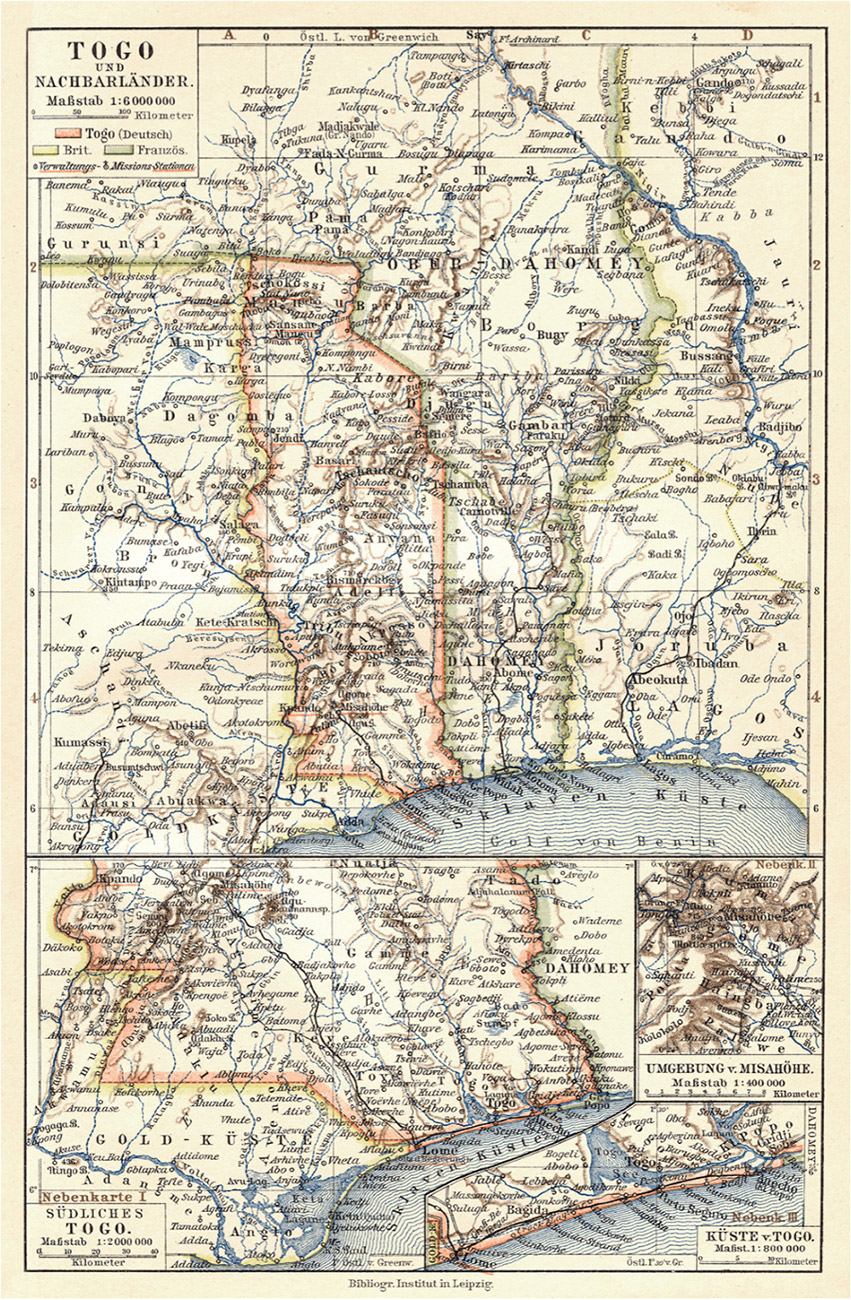 After sixteen years of signing treaties with local leaders and expanding into the north of the country, the Germans fixed Togoland's borders by 1900. This map dates to 1905.

They appealed to the German empire, ruled by Otto von Bismark, to back their interests. The timing could not have been better. Bismarck was keen to establish a colonial empire in Africa to rival the French and British. The “Scramble for Africa’’ culminated in the infamous 1884-85 Berlin Conference that divided the continent among European powers.

For the Germans, the Berlin Conference solidified its control over the Togolese coast. By 1885, the Germans called their new colony "Schutzgebiet Togo" (Togoland).

No longer worrying about rival European powers snatching up Togo, the Germans got to work on running their colony. They had to raise money. Colonies were like businesses: they had to pay for themselves. Borders were instrumental in solidifying colonial power and raising money. In a piece-meal process, the Germans started fixing the borders. They set up border posts and tolls to control the movement of people and goods. In 1897, they began to levy duties on goods to raise revenues.

Togolese workers unload cotton bales for export. Togoland’s economy was built on the export of commodities and import of finished goods. Attribution: Bundesarchiv

By 1906, the Germans were collecting enough local tax revenues that they christened Togo a “Musterkolonie” (model colony). Unlike its other African colonies — Kamerun and German East Africa (modern-day Tanzania) — Togoland paid for itself.

Then came World War I. The Germans lost. The war’s victors, the British and French, split German Togoland into two. The British took over its western part, the Volta River region. They gave it protectorate status, running it in addition to the Gold Coast. The French seized the eastern part of German Togoland.

Independence: Laying the groundwork for Togo to emerge as an entrepôt

The end of World War II was yet another turning point. The Togolese started to demand an end to the French protectorate. Sylvanus Olympio, a descendent of a wealthy Afro-Brazilian trading family, polyglot, and London School of Economics graduate, led the opposition to the French.

Sylvanus Olympio emerged as the main opposition figure to French colonial rule. He would go on to serve as Togo’s first president before his assassination in 1963.

For Olympio, only one route existed for the country’s development and prosperity: Togo had to become a trade entrepôt. Togo was too small for anything else. First, Olympio had to replace Lomé port, which had fallen into disarray. He wanted to dredge a deepwater port, the first in West Africa. This could significantly expand the capacity of vessels and containers the port would welcome, increasing the amount of import and export taxes it could raise.

But, the French refused to fund the port expansion. Operating out of their narrow self-interest, they wanted to build a port that could serve Togo and Dahomey (modern-day Benin).

Not taking no for an answer, Olympio appealed to the Germans. Germany agreed to finance the port.
Olympio’s vision for Togo set a precedent for future Togolese leaders. Throughout the 1960s and 1970s, Togo was at the forefront of efforts to drive West Africa's integration and boost inter-regional trade. Togolese President Gnassingbé Eyadema teamed up with Nigerian President Yakubu Gowon to lobby their West African neighbors to create a free trade zone. In 1975, the Economic Community of West African States (ECOWAS) was born.

Togo also played a key role in creating pan-African institutions. Both Ecobank, founded as a pan-African bank, and Asky Airlines, established as a regional aviation company, are headquartered in Lomé. They were created to make financial transactions and movement across the region more efficient.

Togo has staked its future on becoming West Africa’s trade and logistics hub.

Today, Olympio’s bet to turn Togo into West Africa’s trading hub is paying off. Togo is home to the region’s busiest port. Between 2013 and 2017, Lomé port tripled its capacity from 311,500 Twenty-Foot Equivalent Units (TEUs) to 1.1 million TEUs.

With its solid logistical infrastructure and small size, goods that transit via Lomé port can reach several West African capitals in one day. Togo is only doubling down on its logistics plan. It looks to increase the port’s current capacity, build a dry port to tackle decongestion for goods bound for the Sahel, and expand the vital coastal road to improve intra-regional trade.

Sights on the future

With the implementation of the AfCFTA, African borders are being reshaped. A country’s size matters less. In that regard, Togo was ahead of its time. For Togo, its borders might have been nothing but a
disadvantage. But borders are as much an opportunity as they are a constraint. 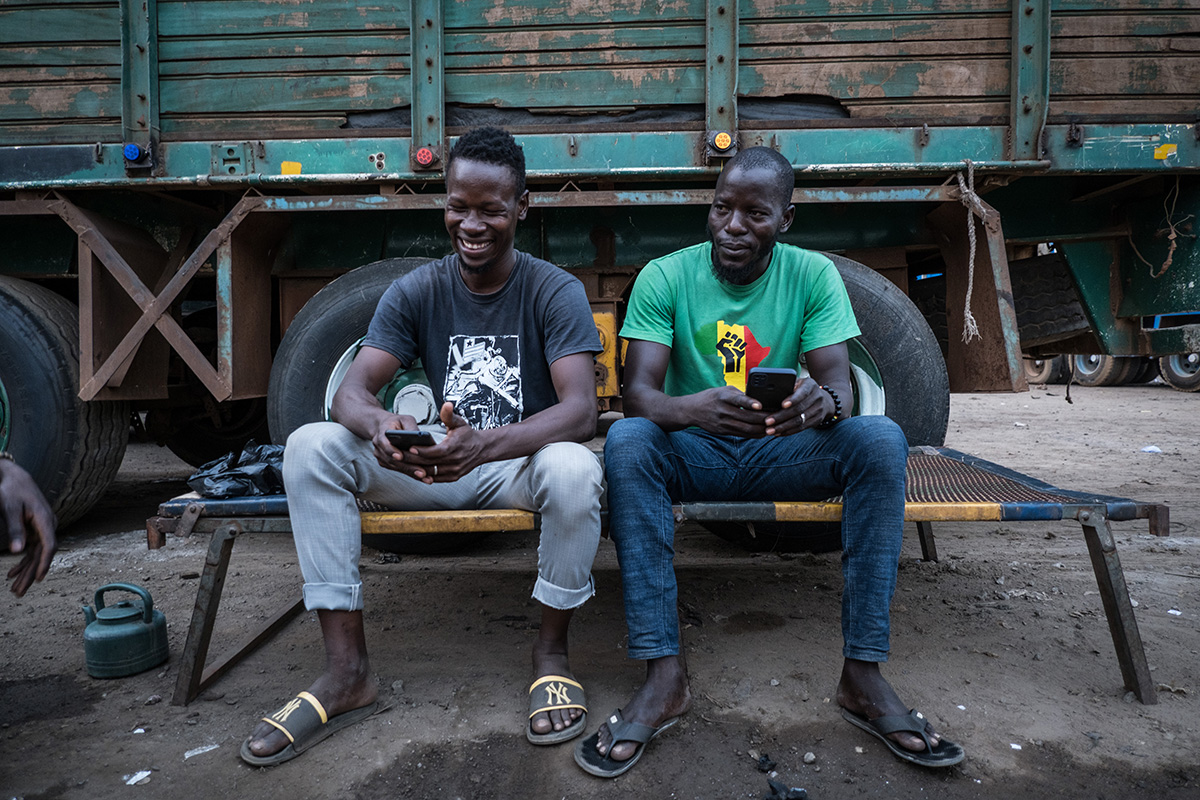 Aboubakr Sawadogo and Boro Motolo are from Burkina Faso. Working in the trucking business, they frequently travel to Lomé to pick up containers bound for Ouagadougou.

As much as Togo was intentionally designed as a place of transit where people come to buy and sell goods and leave, it had a magnetic pull. Inevitably people did stay. Because of trade, Togo is a patchwork of communities from all over West Africa. People came to Lomé for opportunities, and they ended up staying. They built businesses, had families, yet continued to keep a foothold in whatever place they call home.

To learn about one of Togo’s most vibrant communities, continue reading to part 2.